Founded in 2014 and headquartered in Guangzhou, XPENG Auto is China's leading intelligent electric vehicle company.  It is an Internet electric car brand under Guangzhou Orange Smart Auto Technology Co., Ltd. initiated by XPENG He, Xia Heng, and Tao He, with key team members from the well-known vehicle and large parts companies such as Guangzhou Auto, Ford, BMW, Tesla, Delphi, and Valeo, as well as well-known internets technology companies such as Alibaba, Tencent, Xiaomi, Samsun,g and Huawei.

In January 2018, XPENG Auto delivered 39 new cars and became the first Internet car manufacturer to enter the new energy vehicle sales list of the Passenger Association; on January 29, XPENG Auto officially announced the launch of RMB 2.2 billion in Series B financing.  On the evening of August 27, 2020, XPENG Auto officially landed on the New York Stock Exchange, with "XPEV "On April 14, 2021, XPENG launched XPENG P5 [47] and on July 7, XPENG was officially listed on the main board of the Hong Kong Stock Exchange under the ticker symbol "9868".

On November 1, 2021, XPENG Auto established a new company in Urumqi with a registered capital of 10 million.

Sort Alphabetically: A to Z
12 Per Page 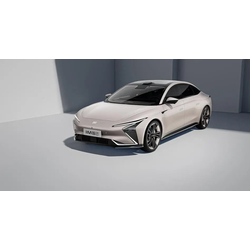 Long-distance running "duel of the top students"! RISING R7 vs Tesla Model Y, who is more "all-rounder"?
Chinese electric car
Even if you don't choose the Tesla Model Y, you will have learned more or less about the car during the selection process. In the price range of...

Luxury brands and new forces of the battle, Mercedes-Benz E-class versus IM L7, who is better?
Chinese electric car
The market for luxury C-segment cars has always belonged to BBA, no matter how Cadillac and Volvo are chasing behind, they can't sell the same...