2022 BYD Han Limited edition VS model 3,who win the game?

The fast development of Chinese electric car, but tesla still be the strongest internationally Recently, BYD launched its own pure electric flagship model - the 2022 Han EV, the new car has been listed in the market since then, the more attention also brings many problems, one of the biggest problems is, can the new Han EV compete with Tesla Model 3? Today we will take the 2022 BYD Han EV Qianshan Cui Limited Edition(Interior Photos) and Tesla Model 3 High-Performance All-Wheel Drive Edition as examples to see how these two models should be chosen?

BYD Han vs Model 3:Things we need to know about BYD Han BYD Han EV has a pre-sale price of 329,800 RMB( 49206$) and is located in a mid-size car. The new car adopts BYD's family-style "dragon face aesthetics" design in its appearance. The narrow shape of the headlights with the penetrating LED strip makes the overall sense stronger and makes the Han EV look more refined and enhances the visual effect.

The body dimensions of BYD Han EV are 4995/1910/1495mm in length, width and height respectively, and the wheelbase is 2920mm, thanks to the longer body and wheelbase, the sidelines of Han EV are more slender, and the sliding back design style further emphasizes the sense of movement. It also increases recognition. BYD Han vs Model 3:Things we need to know about Model3

The Tesla Model 3 has a pre-sale price of 367,900 RMB( 54890$) and is positioned as a medium-sized car. The front end has a closed grille, which is in line with the positioning of its pure electric sedan and gives the front end a better overall feel, and there is some storage space under the front hood, which provides convenience for daily use. The Tesla Model 3 body dimensions are 4694/1850/1443mm in length, width and height, with a wheelbase of 2875mm. The rounded design style of the side of the body creates a full shape, and the sliding back design and hidden door handle design make it look sophisticated and sporty at the same time. The design of the "small duck tail" is more in line with the current consumer standards of young people.

Price:BYD Han is much cheaper than Model 3 The interior of BYD Han EV highlights luxury and intelligence, with a large number of soft materials covering the interior, highlighting the sense of luxury, while equipped with a 12.3-inch full LCD meter and a multifunctional steering wheel supporting electric four-way adjustment, and the steering wheel is wrapped in leather, further highlighting the sense of luxury. In addition, BYD Han EV adopts a 15.6-inch rotatable center control screen and is also equipped with multi-color ambient lighting, in this regard, the atmosphere is really pinched. In terms of configuration, BYD Han EV is equipped with front and rear parking radar, 540 panoramic videos, full-speed adaptive cruise control, L2 level assisted driving, automatic parking, automatic parking, uphill assistance, suspension soft, and hard adjustment, and so on. The Tesla Model 3 has a minimalist interior design with a 15-inch rotatable center screen and a multifunction steering wheel that supports electric power four-way adjustment. The steering wheel is wrapped in leather and there are almost no physical buttons inside the car, relying on the small wheels on both sides of the steering wheel to control the car's functions. In terms of configuration, the Tesla Model 3 is equipped with front and a rear parking radar, backup camera, full-speed adaptive cruise control, L2 level assisted driving, automatic parking, uphill assistance, and other functions.

As can be seen, the Tesla Model 3 interior configuration relative to BYD Han EV, in the degree of luxury is slightly inadequate, in the functional configuration, still inadequate, it's extremely between the design style and the steering wheel on both sides of the small roller adjustment function design, although the car looks more refreshing, for the user, in the use of certain functions, will be more cumbersome.

In general, but in terms of product power, BYD Han EV is obviously better, in terms of price is also much lower than Tesla Model 3, in terms of practicality and internal operation performance, BYD EV is more real, but, for a pure electric car, consumers are often the first concern is its range, in all parameters are behind BYD Han EV, Tesla Model The Tesla Model 3 exceeds the BYD Han EV in terms of range, which shows the strong scientific research technology of the Tesla brand, but for consumers, the balanced BYD EV seems to be a better choice.

To the main pageNext article

Do not like to hide the door handle, too much trouble.

elephant 11/08/2022, 11:44
It looks like you will be able to drive a domestic supercar in your lifetime.
Judy.WU 11/03/2022, 00:00
BYD is the well-deserved king.
https://www.chnecar.com/chinese-electric-cars-reviews/media-reviews/teslas-only-challenger-byd-to-build-a-new-dynasty-overseas/
serinm 10/28/2022, 00:00
Not a good look, saw one the day before yesterday, not very imposing from the back. Not as good as BYD Tang. https://www.chnecar.com/news/chinese-electric-car-news/store-real-shot-byd-tang-ev-6-seat-layout-can-be-a-nanny-car-perforated-leather-seats-comfortable/ 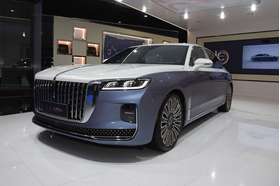 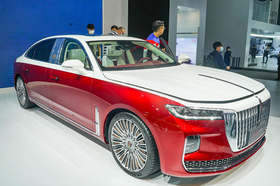 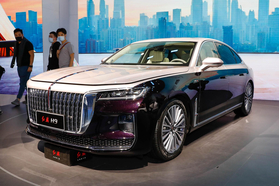